What is GIT
Git /ɡɪt/ is a software for the distributed revision control and source code management (SCM) system.

Why GIT
Every Git working directory is a full-fledged repository with complete history and full version tracking capabilities, not dependent on network access or a central server.

GIT vs SVN
Subversion allows you to check out just a subtree of a repository; Git requires you to clone the entire repository (including history) and create a working copy that mirrors at least a subset of the items under version control.

Why GIT is named as GIT
Random three-letter combination that is pronounceable, and not actually used by any common UNIX command. The fact that it is a mispronunciation of "get" may or may not be relevant.

My Other C projects


Sudden after my first project calendar on June 2006, I was much more hopeful and generated a lot curiosity about the desktop application. So I suddenly tried to collect some ideas for my hobby product .


One friend showed me a amazing trick of the card. He used 21 cards and divided into three subdivision, each of 7 cards. Now we have to remember any one of them and keep in our mind. And we have to do is that to point the group of card which it belong. Now he again keep those cards and again divided into similar kinds of group again, and we have to point the group of that card it belong. On the third iteration, the result is out, showed the card that we have guessed. I was amazed by these tricks and learned to do the same in card as well as implemented it on the program. Check it. 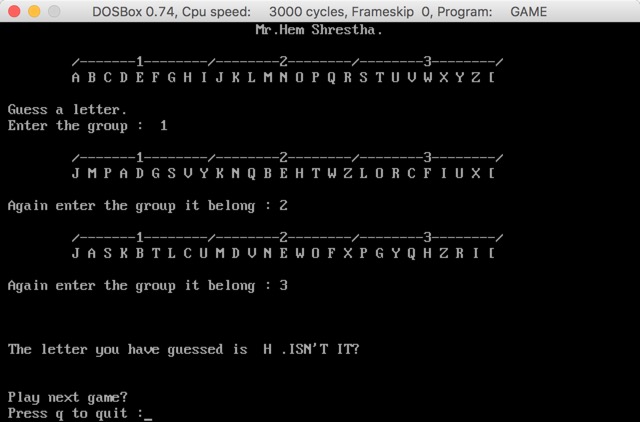 
Seems interesting when i remember start of my programming life.

I had not even touched the computer till on the 3rd semester of IE, when there was lab for the computer basics. When I joined IE College Dharan at 2004, I burrowed Video game Keyboard, same as the computer keyboard from neighbour house to practice typing in my home television on the winter vacation of same year. Later on I was much interested in the new things and imagination. So I tried some ideas into the C programming concept.

Here I want to discuss about my first project Calendar. Download

Dated on 2006-06-04:
I turned over my auto, to which my school friends had written some memories to it and found new interesting thing about the calendar.
There was series of years and a matrix of rows and columns. And the procedure of finding out the correct monthly calendar was instructed in it. I read it carefully and tried to find out the calendar. Yea! it worked.
But it was totally mathematical and have to go through certain procedures and certain tables. Later on I thought it to implement in the computer to make it work. 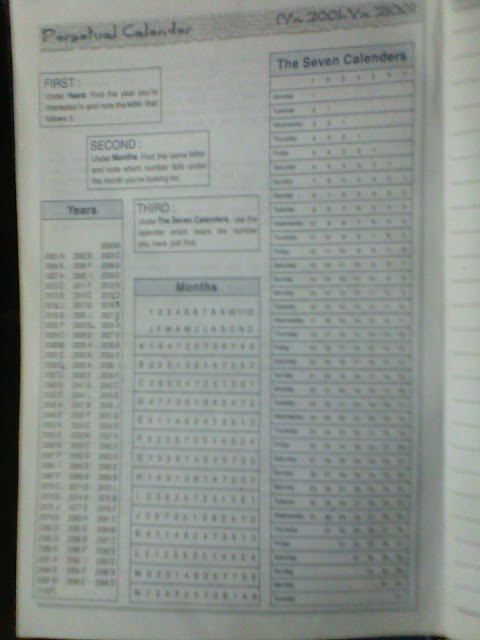